We've been installing and supplying Ivy Green Screens for a number of years now.

We have been so impressed with the results they yield in terms of improved air quality that we decided they merit an article of their own.

Green infrastructure offers many benefits for the health of both people and the environment. In this article we focus on the benefits of
green screens (green walls) of evergreen climbing plants to public health by reducing their exposure to the air pollution caused by vehicles.

Green screens are made up of evergreen climbing ivy and are built for long term success and will play an important role in reducing exposure
to air pollutants for many years to come. 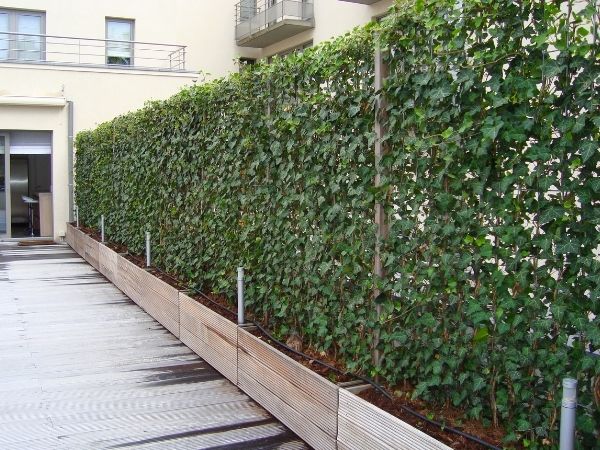 They are fundamentally effective, year-round pollution barriers protecting the public from harmful air pollution caused by car emissions.
They can as much as halve the level of pollutants just behind the barrier.

There are two distinct ways in which green screens remove pollutants from the air: by deposition (pollution lands on the surface of the
leaf and is removed from the air) but more importantly by dispersion (changing the speed and distance pollutants travel before they reach people). 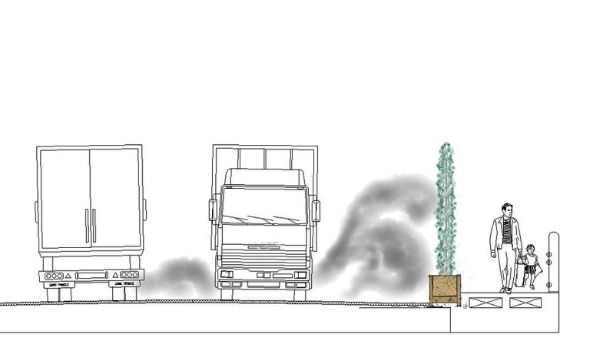 They block and divert the flow of polluted air thanks to their height and dense, thick foliage.

In fact, according to government reseach, they can as much as halve the level of pollutants just behind the barrier. To find out more
click HERE

They are at their most effective when placed on highly polluted streets with buildings on both sides (street canyons), where the air pollution
is higher at street level than the area above the surrounding buildings.

This makes them ideal for street planting schemes, forming a roadside barrier for highly localised protection from polluted air.

This was demonstrated by one study by King’s College London that found levels of NO2 reduced by 23 per cent when green screens were
placed between a busy road and a school playground. 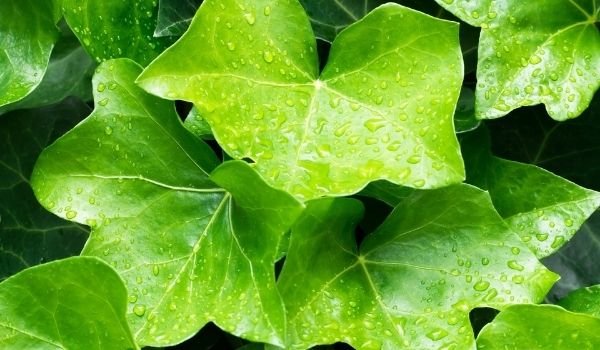 Furthermore, the main species used is Helix Hedera. Having complex waxy leaves that have a large surface area increases their ability to remove pollutants from the air.

Provide Vegetation where planting is not possible

There are many areas where hedges and trees cannot be planted due to sub-surface infrastructure constraints.

However, as green screens can be planted in troughs they are ideal for these kinds of areas.

In addition, the most polluted areas of cities are those with very limited space for planting.

As green screens are so much thinner than a hedge they are ideal for providing vegetation in small spaces.