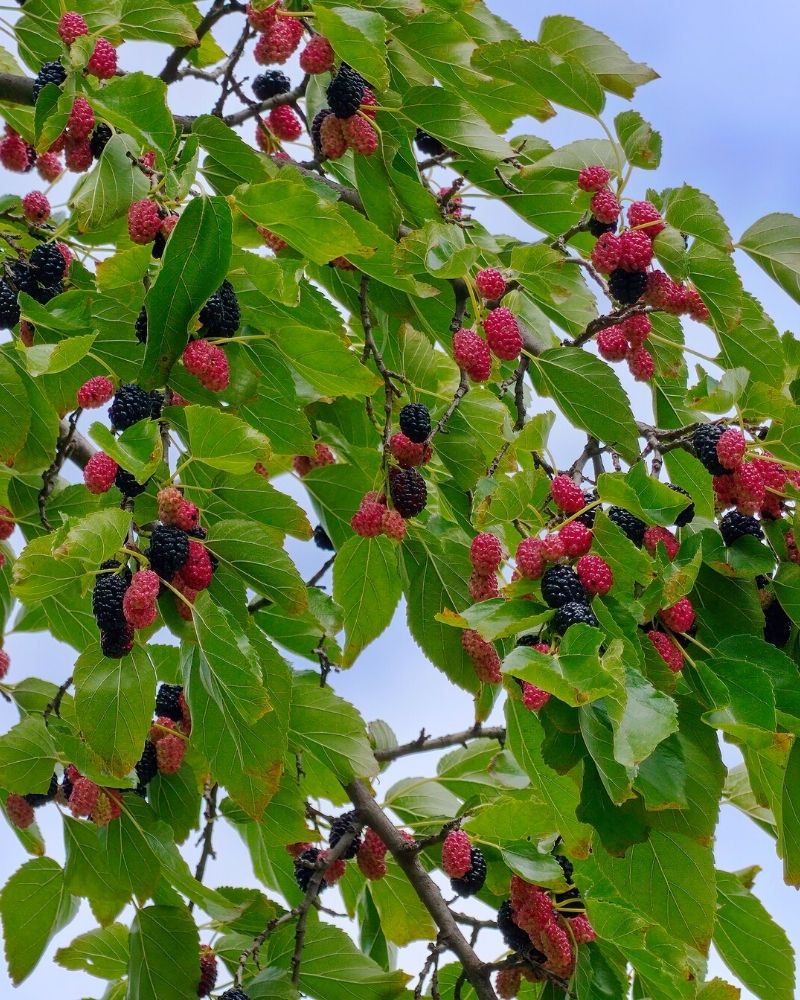 A medium attaractive tree very similar in appearance to the white mulberry described above.

However the fruit is far superior to the white variety.

The dark red, almost black, fruit are similar to blackberries in appearance but are very juicy with an exquisit intense sweet sharp flavour which surpasses that of any other berry.

A medium tree of great dignity and beauty, it has a gnarled, rugged trunk and most attractive, heart shaped leaves.

The deep purple fruits, which look like large loganberries are tasty and have a variety of culinary uses. Morus nigra produces the best fruit.

It has a domed, rounded habit, giving it a most architectural appeal.

Very long-lived, but not as slow growing as is often supposed. 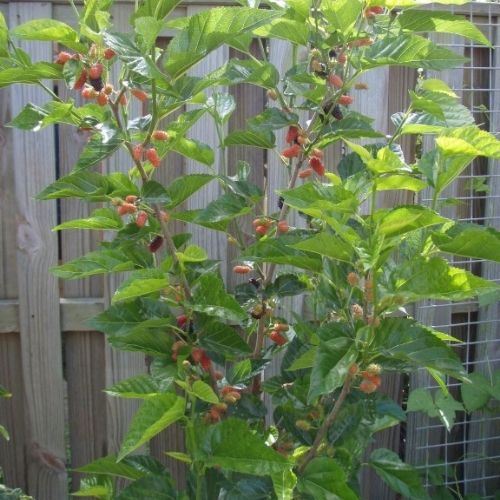 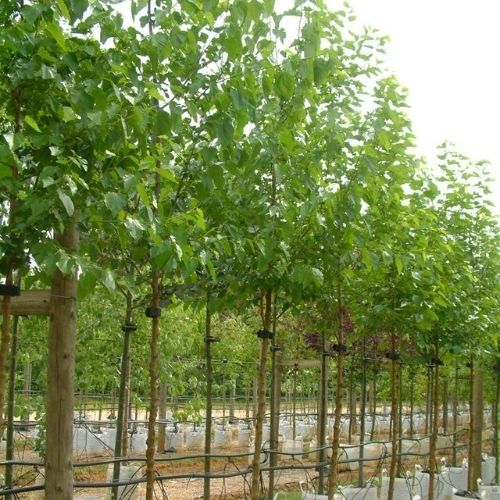 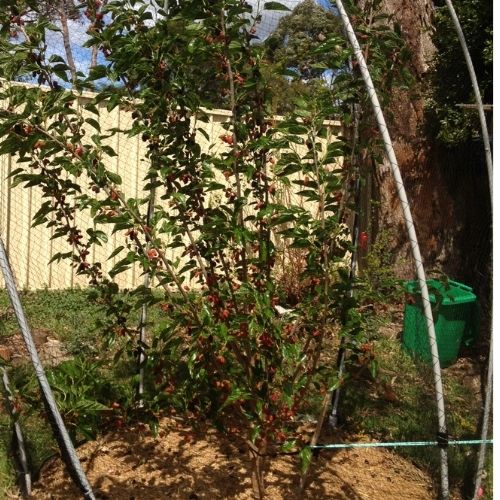