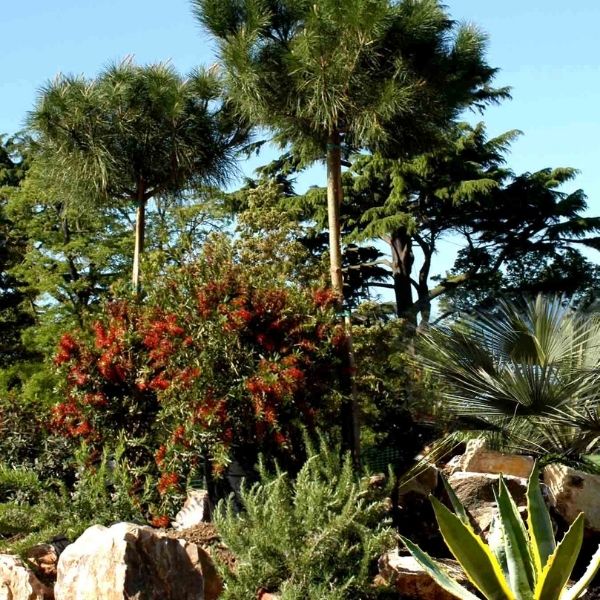 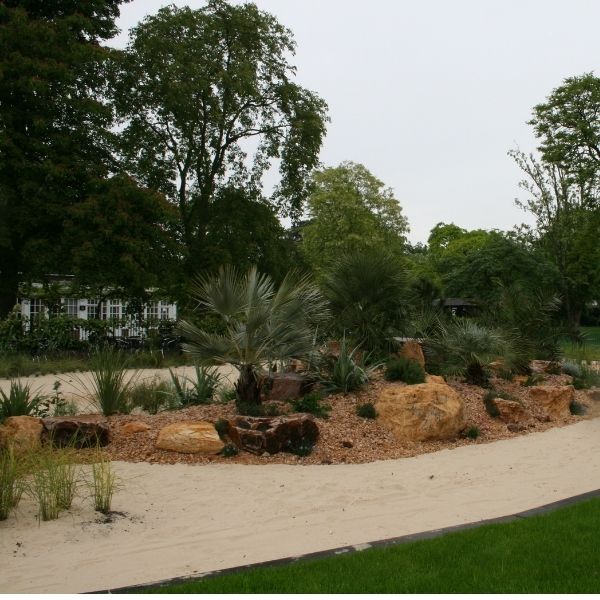 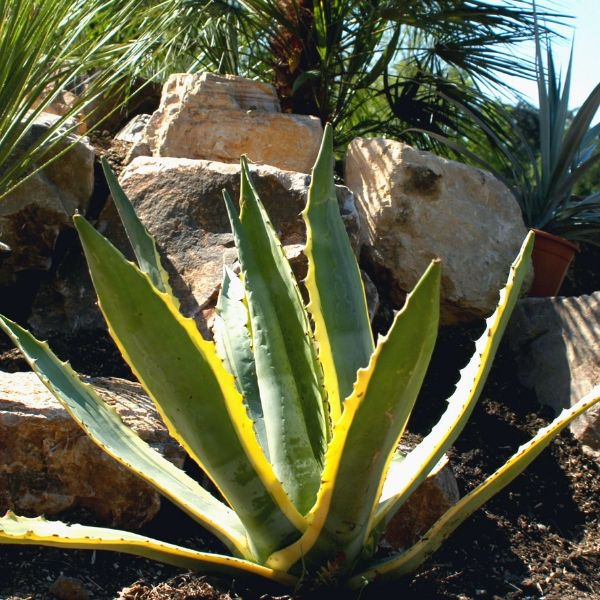 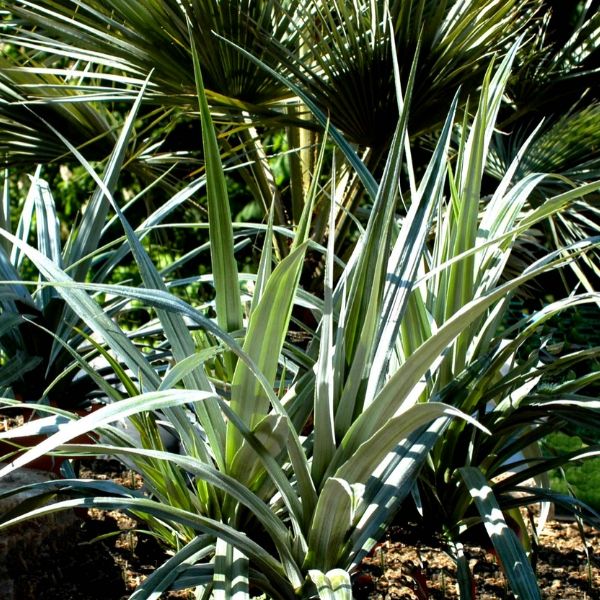 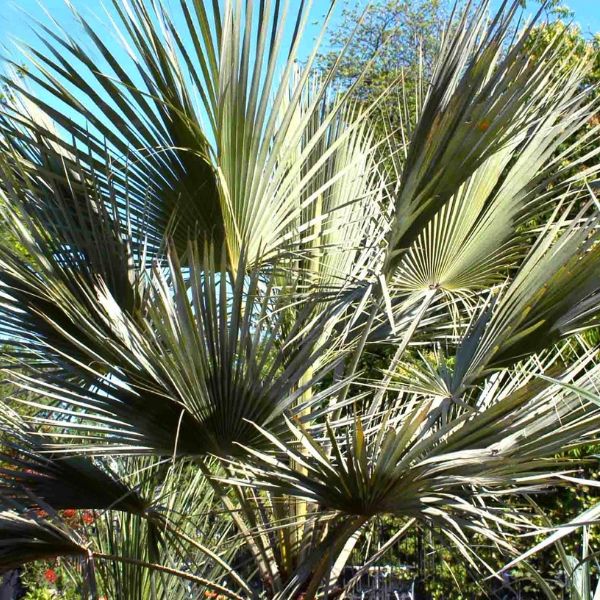 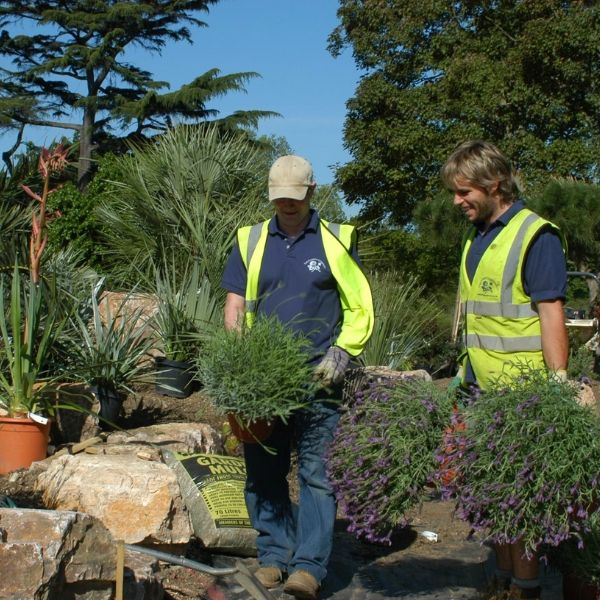 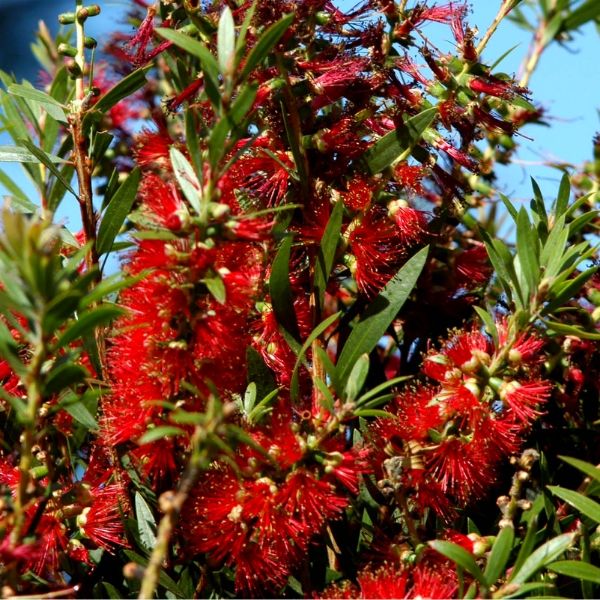 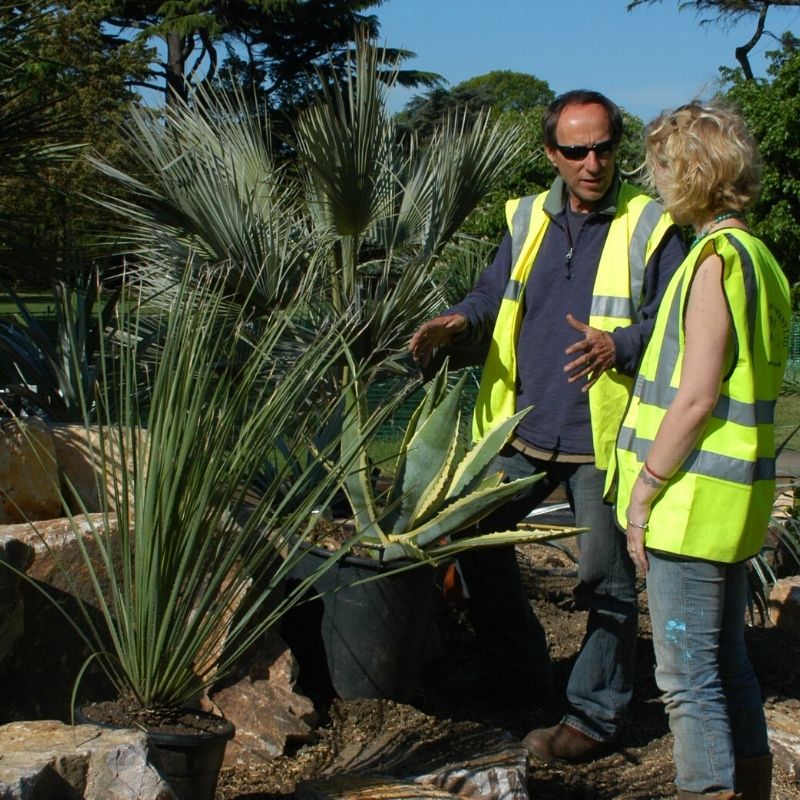 As the dawn broke with our vehicles full of exotic dry loving palms and other drought-resistant Mediterranean species, I truly felt the spirit of Robert Fortune and other great plant hunters looking over my shoulder as we met the Kew Gardens in-house designer and the landscaping team about to embark on the creation of a major summer exhibit entitled ‘A Coastal Mediterranean Theme’.

By the end of the second day of frenzied activity, before our eyes a 50 meter stretch of well manicured grass emerged. A vision truly evocative of my many travels along European and other world Mediterranean coastlines in search of hedonism, combined with my study of the ecological adaptations of Xerophytic plants to the climatic conditions of these harsh environments.

Although at long last the impact of a changing climate has been recognised, like Kew Gardens, we were well ahead of the curve in trying to enlighten gardeners that growing in a changing climate was already upon us.
One major consequence we foresaw was much drier summers and an increase in the frequency of drought conditions.

Before I appear to have contradicted myself further, I must explain why the Mediterranean seems to have exported itself around the globe.

It is now recognised that the Mediterranean climate stretches across a belt between 31 and 40 degrees latitude either side of the equator.

As such, it takes in the Mediterranean basin, Southern and South Western Australia, the Western Cape of South Africa, Central Chile and the coastline of California.


As we stood critically admiring our collective efforts, we realised that the searing  heat was still burning our skin, even though it was late afternoon and only the 2nd May.

This rather uncomfortable experience reminded us of one of the main aims of  the summer exhibit. 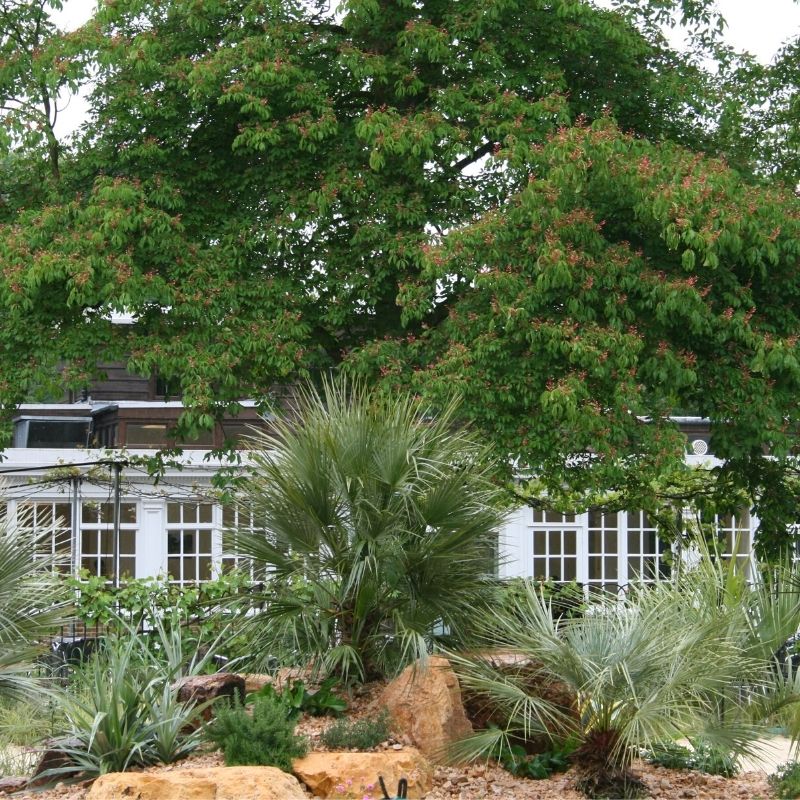 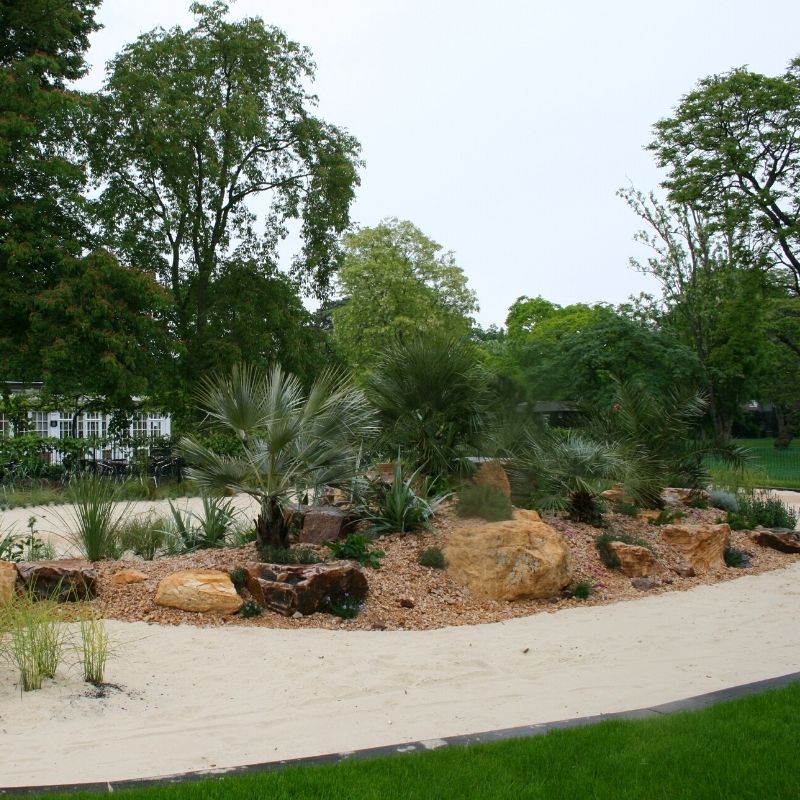 In a decade of ever increasing record breaking temperatures and lack of rainfall, Kew Gardens aimed to produce a summer exhibit that would enlighten the public in an accessible and inspirational style into a different  way of thinking about gardening.

They wanted to encourage gardening  without the need for the excessive consumption of one of our most precious resources, water.


Dry gardening does not mean a dull gardening compromise. The impact of this display not only delights the visual cortex, but  will continue to do so well beyond the time of the year when a typical UK garden can only offer you shades of decaying brown vegetation.

A Mediterranean style of landscaping can be rewarding for 12 months of the year.