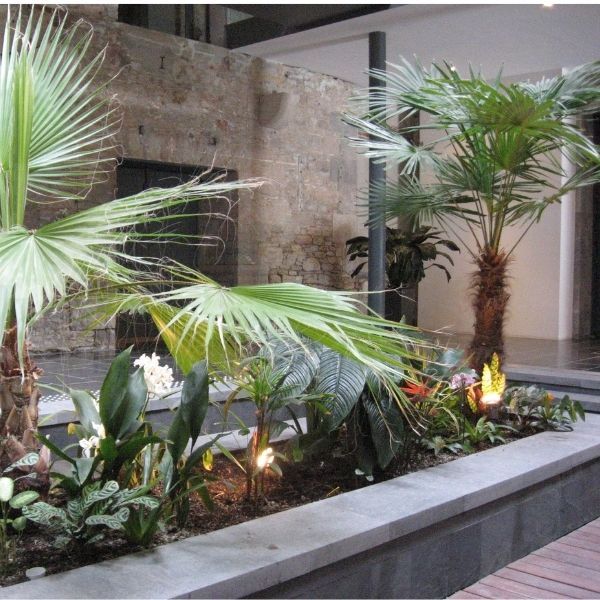 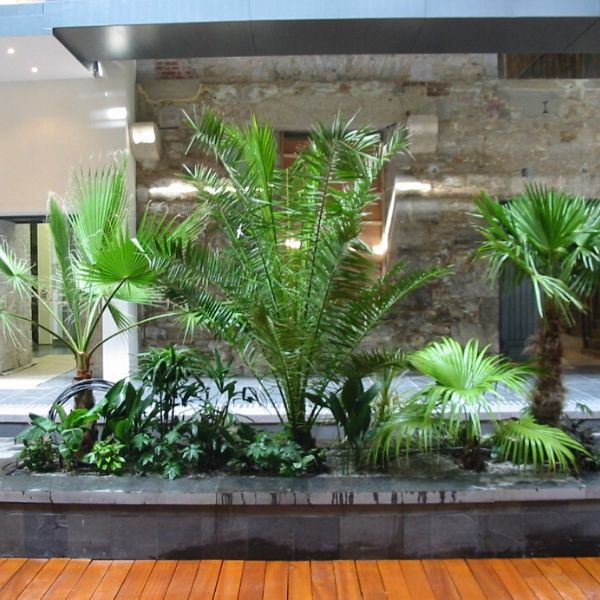 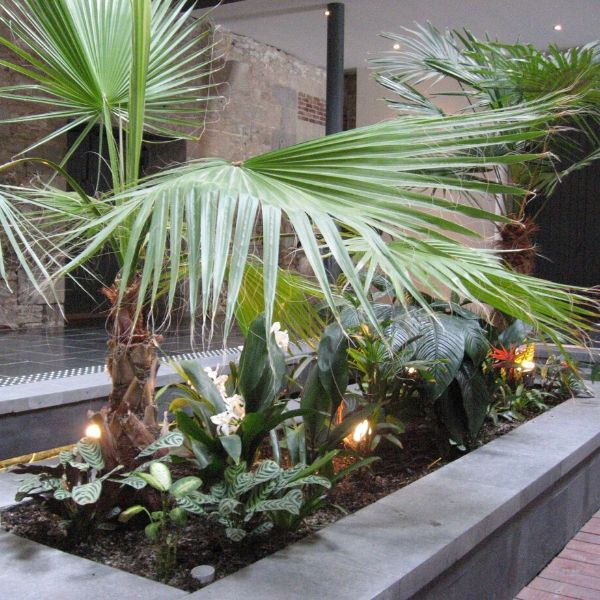 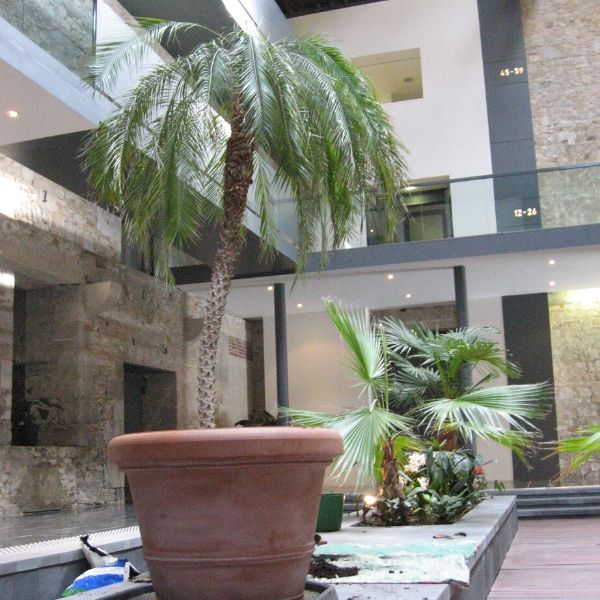 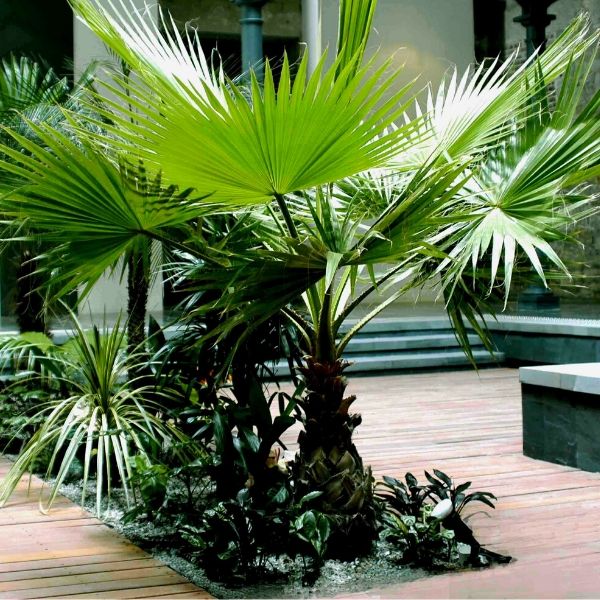 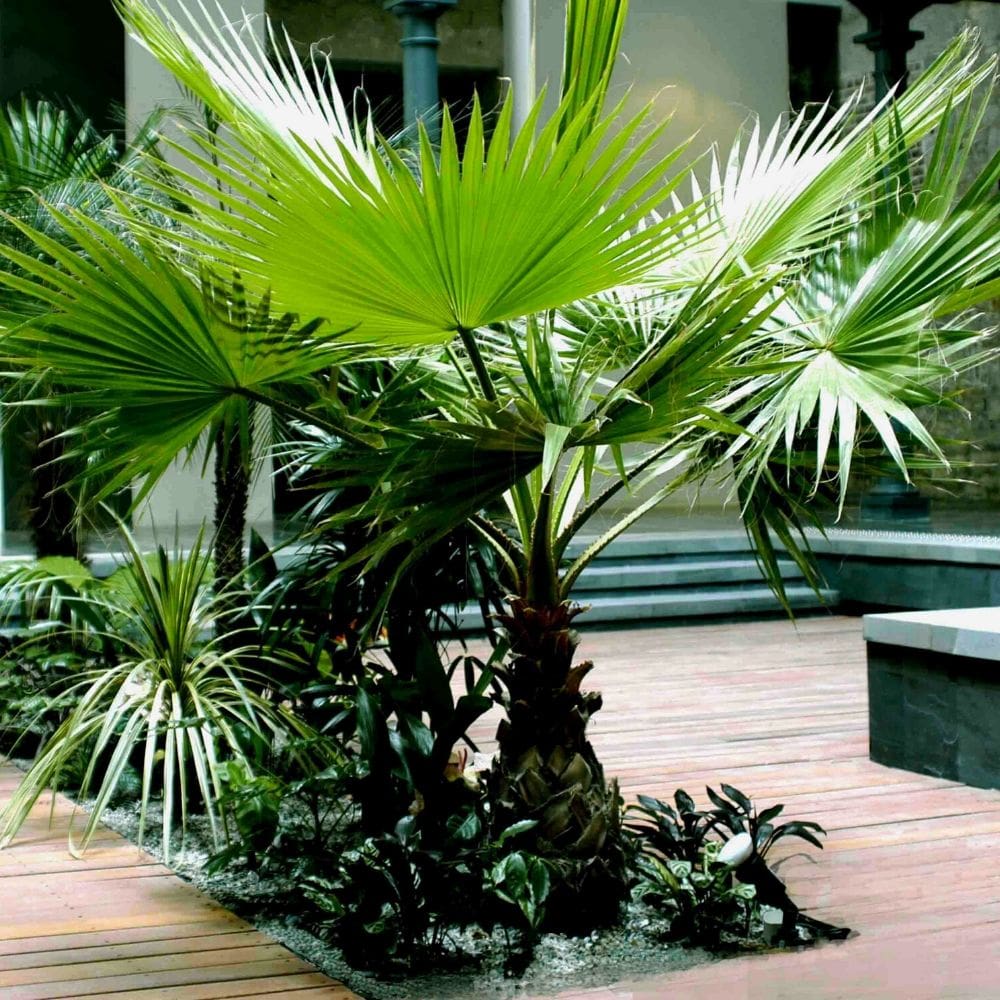 
When the landmark site, The Royal William Yard, was released for private development by Urban Splash, Peter submitted an exciting theme for a proposed Winter Garden, to be sited with the cathedral space within the old Brewery.

The Royal William Yard (RWY) is located on the maritime entrance to Plymouth, and had supplied the Royal Naval tall ships from the days when they reached all areas of the British Empire. This was no ordinary urban site, and any proposal had to reflect its important maritime history.

Following Historic buildings guidelines, the domineering Brewery was designated for luxury apartments around a large atrium, within which the Winter garden was to be sited.

Peter’s proposed bid for the commission was based on an exotic subtropical theme, reflecting the far distant lands visiting by the tall ships victualled by the RWY. The most notorious of these adventurous journeys, was no less than by the father of Evolutionary theory, Charles Darwin, leaving Plymouth harbour on HMS Beagle.
Shortly after the creation of the Brewery Winter garden, Urban Splash approached Peter to carry out the selection and planting of mature trees to line both sides of the Brewery carpark, which, as an important historic building, required sensitive consideration, as it was a focal viewing point for many visitors to the RWY.

Taking into account all aspects of planting trees in an urban site, there were additional problems for Peter to take into account.

The two most alarming issues being:  a site with no soil, just positions located on Plymouth rock, requiring excavation to provide planting holes, and second, a site that it was at sea level, which meant the strong likelihood of salt water intrusion around the roots.

Peter had his work cut out to ensure that he achieved the client’s aspirations for an attractive, mature treescape with all year interest. 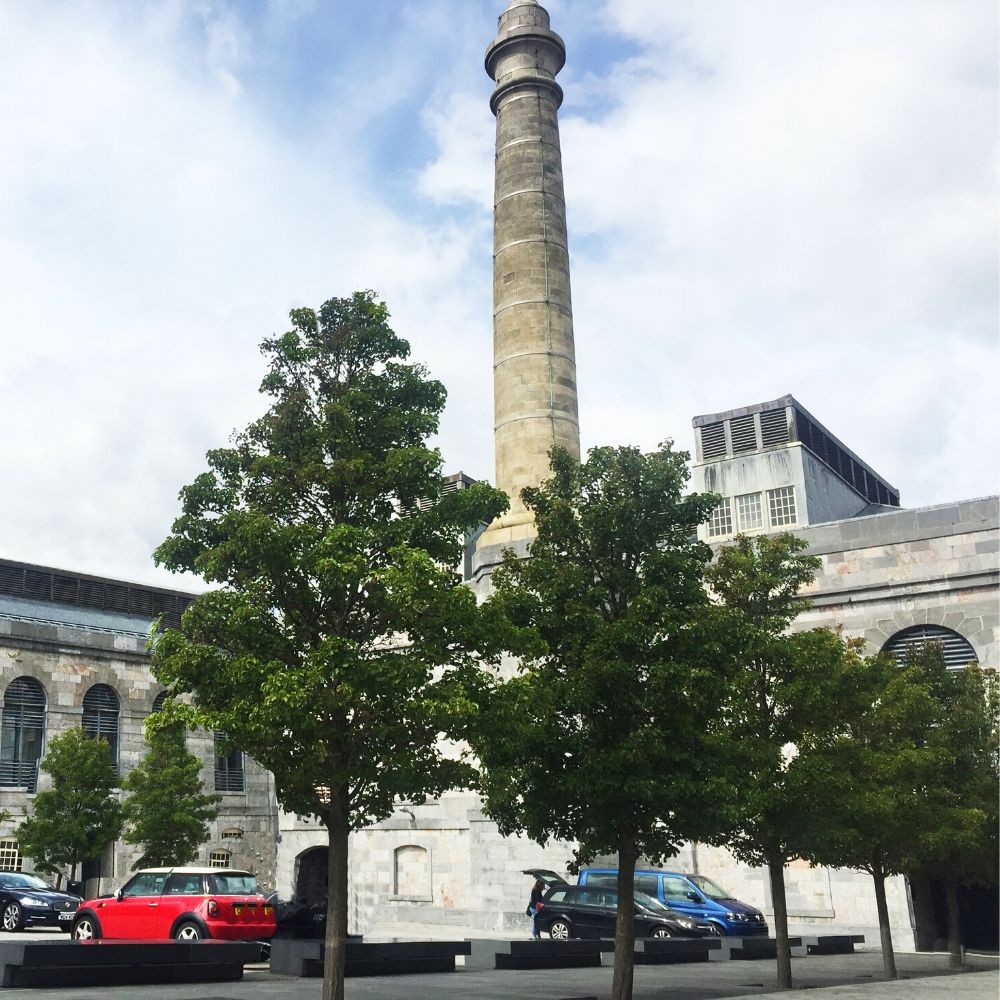 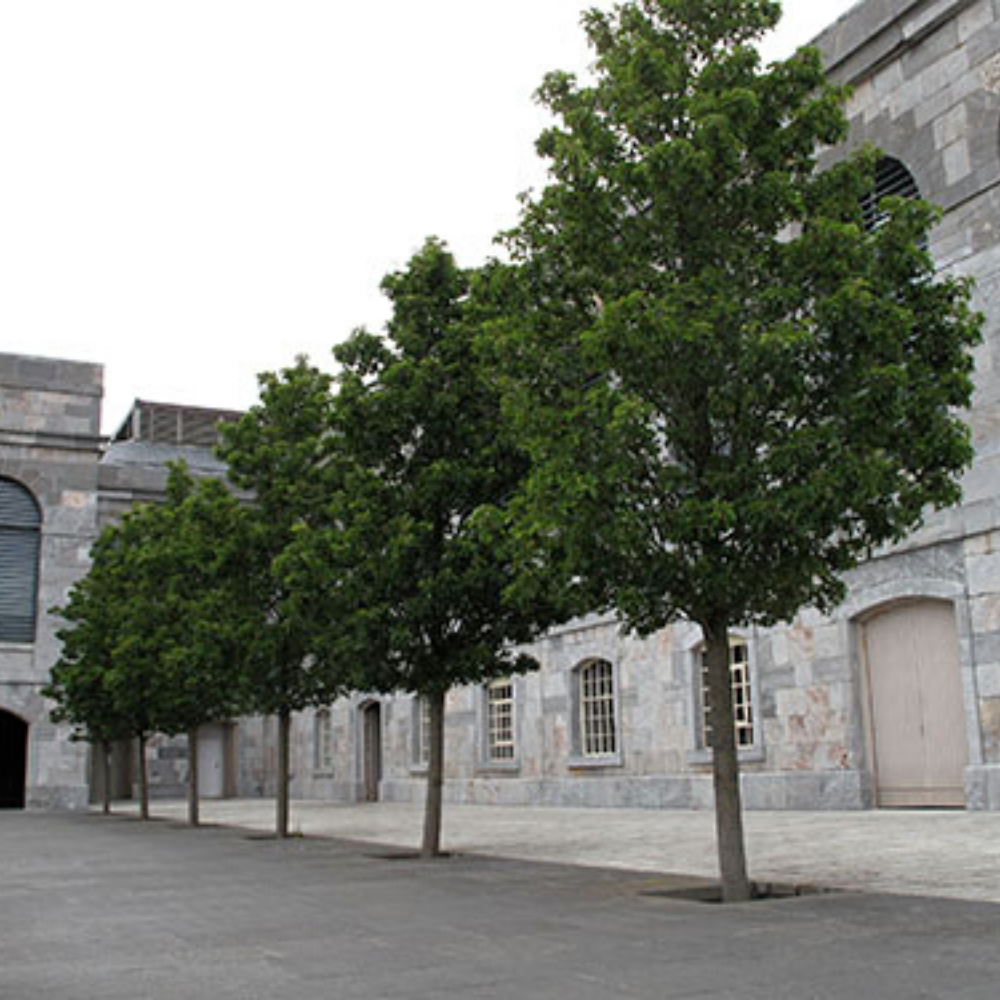 After the hard work of excavating, and consulting a membrane specialist to deal with salt water intrusion, planting went ahead of the Pyrus calleryana 'Chanticleer' trees that Peter had selected to meet the aspirations of the client.

These elegant narrow trees, known as the Ornamental Pear, have glossy, dark-green foliage that create a wonderful backdrop for the mass of white flowers in April-May.

The flowers are popular with wildlife such as bees. 'Chanticleer' is one of the best ornamental pears for autumn colour, with the foliage turning vivid red before falling.

As you can see from the photos taken seven years after planting, the selection of the Ornamental Pear proved to be a good choice of the trees to match the architecturally strong nature of the setting, and the extraordinary challenges of the site.