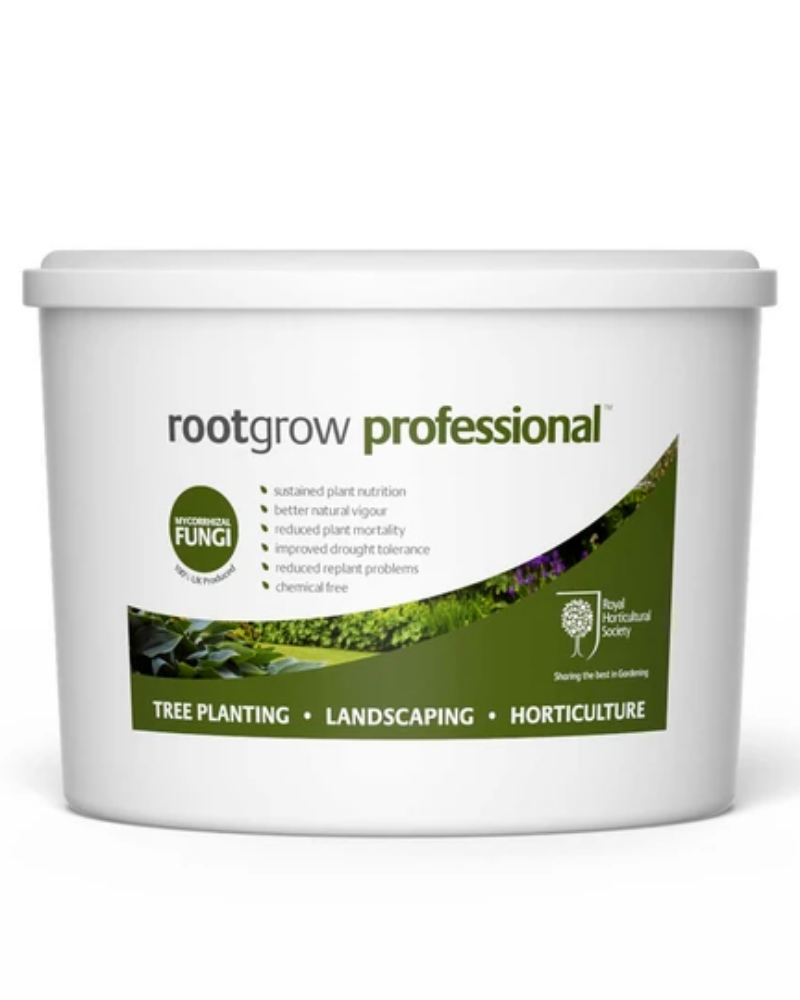 Contains natural U.K origin mycorrhizal fungi. Simply sprinkle into your plant's root system and within one month the plants roots will be colonised by a secondary fungal root system that will extend out into the soil increasing the overall size of the roots.

Only one simple application required during the plants lifetime.

Rootgrow is comprised of friendly mycorrhizal fungi. These fungi are living organisms and live with plants, sourcing a continued nutrient supply for its entire lifetime – a truly sustainable plant nutrition solution. In exchange the plant provides carbon and sugars to the fungi. 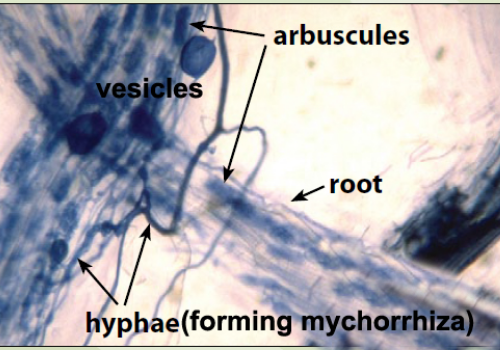 What are Mycorrhizal Fungi and how do they benefit Growers, as well as the Environment?

Mycorrhizal fungi, working symbiotically with plant root systems are one of the most
important bio fertisilers These symbiotic beneficial mycorrhizal fungi are associated with 90% of all crop plants.

By growing into the root, as well as accessing large areas of soil around the plant, the fungus effectively increases the uptake surface area of plant roots 100-1000 times.

Rootgrow is an easily applied applictation of these symbiotin fungi, scientifically referred to as Arbuscular mycorrhizas (AM), also known as Endomycorrhizas.

They are characterized by the formation of unique structures, arbuscules and vesicles, (see fig) by soil borne symbiotic fungi, in which the symbiont fungus penetrates the outer cells of the roots of a vascular plant forming arbuscules. 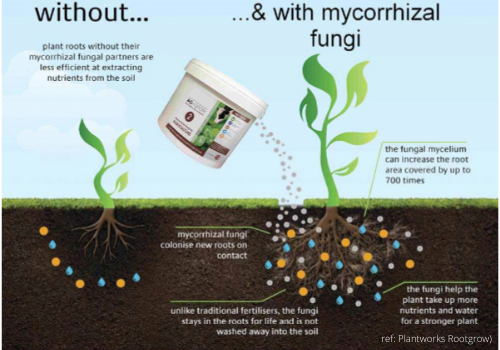 AM fungi help plants to capture nutrients such as phosphorus, sulphur, nitrogen and micronutrients from the soil.

It is believed that the development of the arbuscular mycorrhizal symbiosis played a crucial role in the initial colonisation of land by plants and in the evolution of the vascular plants.

This symboisis is a highly evolved mutualistic relationship found between fungi and plants, found in 80% of vascular plant families in existence today.
Learn More about Mycorrhizal Fungi

All rootgrow Professional products can be used as a dry granule or a root dipping gel for bare root plants.

What size do I need?

Delivered to your door
Order today